Home >> Information Portal >> Planning Ahead >> Can I really use a trust to avoid inheritance tax? 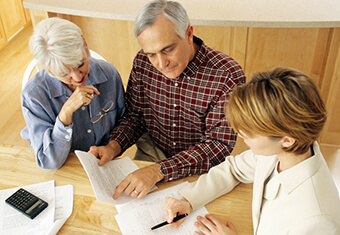 Trusts are occasionally seen as devices to avoid paying tax. In reality, you would never set up a trust just to gain tax advantages.

When you set up a trust you are giving up ownership of the assets it holds. This is a dramatic move, and will normally only make sense if you have clear objectives about what you want to achieve with your assets. Tax should really be a secondary issue.

In most cases any tax advantages or exemptions given to trusts are tightly targeted at those that are seen as doing social good – such as charitable trusts, trusts for disabled or vulnerable people, etc.

In many cases the trust may avoid one type of tax, but will be caught by another.

A lot of people think that if you put your money in a trust it will be exempt from inheritance tax. However, trusts are subject to three separate inheritance taxes: an entry charge; an exit charge; and a ten-year charge.

Let’s look at these in detail.

Entry charge for a trust

The entry charge is paid when you transfer assets into a trust. These may include buildings, land or money and can be either:

Exit charge for a trust

The exit charge is similar, but it takes place when a trustee pays out of the trust to another person, called a beneficiary. The charge is based on a percentage of the value of the assets being transferred. Where payments of income are distributed to beneficiaries, no inheritance tax is payable because the beneficiaries will be liable for income tax instead.

The ten-year charge, also known as the periodic charge, is payable where the trust contains relevant property, where the value is over the £325,000 inheritance tax threshold known as the nil-rate band. It is charged on the ‘net value’ of relevant property in the trust on the day before each ten-year anniversary. The net value is the value after deducting any debts and reliefs, such as Business Property Relief or Agricultural Property Relief. However, neither of these are applied if the assets have been held for less than two years. If all of the assets are transferred to one or more of the beneficiaries before the ten-year anniversary, no charge will occur, but, of course, an exit charge will apply.

Both exit charges and ten-year charges are incurred at 6%, but there are many complicating factors and exemptions regarding ‘excluded property’, which get quite technical.

These charges are time consuming and complex to calculate, and trustees generally need to consult a professional advisor to arrive at the correct figure. This can be expensive, but it is worthwhile, as delayed or incorrect payments to HMRC will result in interest charges and/or financial penalties.

Speak to an advisor

As you can see, the rules around inheritance tax and trusts are very complicated, and each person’s individual circumstances will dictate their tax position. If you are considering setting up a trust you should speak to an advisor to discuss your specific situation and find a solution that works for you.