Home >> Information Portal >> Caring for Others >> What is a disabled person’s trust? 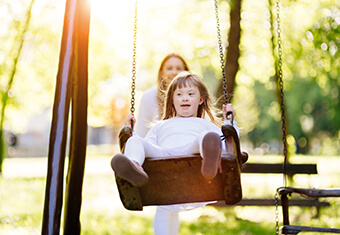 Some trusts for disabled people are able to get special tax treatment from HMRC. They are more usually referred to as ‘vulnerable beneficiary trusts’.

For the trust to qualify as a vulnerable beneficiary trust, various conditions will apply.

Vulnerable beneficiary trusts for children are often set up in a parent’s will, but they are able to set up in lifetime as well.

Who qualifies for a vulnerable beneficiary trust?

What classes as a ‘mental disorder’?

Some brain injuries are not seen as a mental disorder if they only have physical consequences. However, if the brain injury has caused a psychological, cognitive or behavioural disorder, then these will generally be accepted as a ‘mental disorder’.

What about other beneficiaries?

If there are beneficiaries in the trust who are not vulnerable then the assets and income for the vulnerable beneficiary must be identified and kept separate. They must only be used for that person. It is only that part of the trust that would be entitled to special tax treatment.

How does the special tax treatment work?

For income tax purposes, the trustees are entitled to a deduction. They need to work out what tax they would be paying on the income of the trust if there was no vulnerable person. They then work out what tax the vulnerable person would have paid if the trust income had been paid directly to them as an individual. The difference between the two figures can then be claimed as a deduction from the income tax liability of the trust. There are variations on computing the relief from income tax and from capital gains tax depending on whether the beneficiary is UK resident or non-resident. Competent professional advice from a qualified advisor should be sought to assist in carrying out the various computations.

There are also special rules for capital gains tax. This is usually paid when assets are sold, given away, exchanged or transferred in some other way and their value has increased since they were put into the trust. There is an annual exempt amount allowed for the trustees to set against capital gains in the trust. As with the income tax calculations for these trusts, there is a similar calculation done for claiming a deduction in capital gains tax. The trustees work out what they would pay without any deduction. They then work out what the vulnerable person would pay if the gains had come directly to him. They are allowed to claim the difference as a reduction on what the trustees would have to pay by filling in a form.

For inheritance tax purposes there are also some special tax treatments. There is no charge if the person who sets up the trust survives for seven years from the date they set it up and there is no charge on transfers made out of a trust to the vulnerable beneficiary. It should also be noted that trusts usually have a ten-yearly inheritance tax charge, but trusts with vulnerable beneficiaries are exempt.

For inheritance tax purposes only, a ‘disabled person’ also includes a person who settles their own property into a trust for themselves at a time when they have a condition that it is reasonable to expect will lead to them becoming incapable of administering their property or managing their affairs (this can often happen for someone who may have an acquired brain injury as a result of an accident).

If a vulnerable beneficiary trust is to be contemplated, then it is recommended that an advisor who is skilled in the law of taxation and trusts, such as a TEP, is engaged as the tax treatment, in particular, is fraught with technical difficulty.