Home >> Information Portal >> Managing Money >> Giving to charity: what is Gift Aid and how does it work? 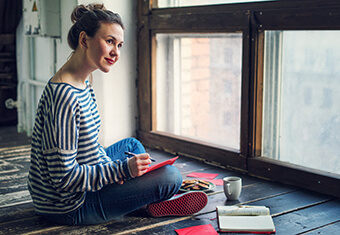 Many people give to charity during their lifetime, as well as including bequests in their wills. If you are a UK taxpayer, you can donate through the Gift Aid scheme, and may be eligible for tax relief.

For charities, Gift Aid increases the charity’s donation by 25%, allowing the charity to reclaim the basic rate of tax on your gift at no extra cost to you. Provided you make a Gift Aid Declaration, this happens automatically.

For example, if you give £80, which is known as the net donation, the charity receives £100, ie the gross donation. This is the same as you making a payment of £100 from your pre-tax earnings, assuming you pay tax at the basic rate of 20%. If you pay income tax at the basic rate, there is no further tax relief available to you.

If you are on a higher or additional rate you can claim further tax relief. This works by extending your basic and higher rate bands by the gross donation. Your relief will be equal to the difference between the basic rate, and either the higher rate of 40% or the additional rate of 45%, depending on the rate of tax you pay.

You are a higher rate taxpayer paying with earnings of £75,000 and you give an £80 donation to a relevant charity, and make a gift aid declaration. The example uses the tax rates for England and Wales; different tax bands apply in Scotland.

The tax saving where the bands have been extended is £20, since an individual earning £75,000 is a higher rate tax payer. There would be a further £5 in the case of an additional rate taxpayer.

If your total tax liability in the tax year is less than the amount of tax the charity reclaims on your gift, you may have additional income tax to pay.

Legacies left to charity from your will are entirely exempt from inheritance tax. If you leave legacies equal to 10% of your total estate to charity (less the £325,000 nil-rate band, and any residence and transferable nil-rate band) then your executors pay a reduced rate of inheritance tax at 36% on your death estate, rather than 40%. Both the nil rate band and residence nil rate band will be frozen until 5 April 2026.

If you are anxious to obtain the discounted rate, you need to give careful consideration as to how this is achieved through the drafting of your will. A TEP can provide guidance on this.

Check the charity is genuine

Before you make your donation, make sure you are giving to a bona fide cause by checking with the appropriate governing body. For England and Wales this is the Charity Commission, and in Scotland, the Office of the Scottish Charity Regulator (OSCR). A legitimate charity will be registered with one of these bodies and you can search their websites.

Registered charities with over £25,000 of income are required to submit their financial statements, annual reports and annual returns to the Charity Commission or OSCR. These bodies provide charity trustees with guidance on managing their charities for the public benefit, ensuring good practice and appropriate reporting requirements are adhered to.

Toby Crooks TEP is a Partner at Rawlinson & Hunter LLP in London, UK