Home >> Information Portal >> Life After Death >> You’ve got a will… but is it valid and up to date? 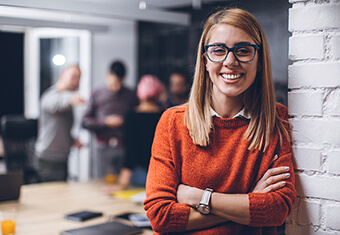 Many people make a will and think to themselves, ‘I’m ok, I’ve got a will!’ and then don’t give it much further thought. But the problem is, your will can get out of date unless you review it regularly.

As a specialist inheritance dispute lawyer, I only tend to see people when things have gone wrong – really I am a last resort. But I would much rather they didn’t go wrong in the first place. A lot of problems would be averted if people take the time to make sure their will is valid (i.e. get it checked over by someone qualified) and review it regularly.

Let me give you three examples I have come across:

A very successful businessman owned his own limited company jointly with his brother. He made a will leaving his shares in the company to his brother. They built up their successful company together. For tax reasons, the brothers changed the status of their company – they stopped trading as a limited company and instead carried on as partnership. But my client didn’t think to change his will. This meant that when he died unexpectedly, there were no shares to leave in accordance with the terms of his will, and the brother lost out on a considerable sum.

A single mother had two children and left her estate to them. She then had another child later in life and failed to update her will. When she died unexpectedly, her third daughter got nothing and had to make a claim against her sisters.

Another successful businessman made his own homemade will. He included a clause to say his company had to make payments of £75,000 a year to his wife – which it could afford. Unfortunately he didn’t realise that a gift in a will relating to a company is invalid, and has no effect. His wife lost her maintenance for life.

So the message is clear: review your will regularly, ideally using a qualified advisor who can ensure it will achieve the desired effect. That way, it’s unlikely I’ll be needed!