Home >> Information Portal >> Life After Death >> What can be done where trustees or personal representatives have made a mistake? 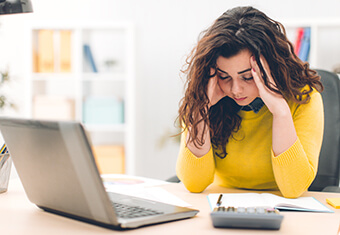 Mistakes do occur in the administration of trusts and estates, whether or not the trustees or personal representatives (PRs) are professionally advised, or are professionals themselves. These often involve transfers of property by trustees/PRs that give rise to unintended tax consequences.

What are the options for dealing with a mistake?

Trustees and PRs may have claims against their professional advisors, and beneficiaries may have claims against the trustees/PRs, to compensate them for losses resulting from a mistake. Within reason, however, there is a general duty to find a way of putting matters back to where they should have been in the first place, or at least to try and limit the loss suffered.

Although going to court to try and remedy the mistake is rarely inexpensive (due to the professional costs and expense incurred in making an application), that cost may be less than the damage caused by the mistake itself, and therefore worth considering.

Possible legal remedies to a mistake include the following:

Some of the above options may be regarded as ‘patching up’ the problem. In some cases, however, a patch-up job is not enough. This is where rescission (setting aside a transfer as if it had never been made) comes into play.

Rescission on the grounds of mistake

If there is a need to wind back the clock, then it may be possible to set aside the transfer completely on the grounds of mistake. The legal rules provide, in summary, that where A has given property to B; A can obtain that property back by showing that ‘he was under some mistake of so serious a character as to render it unjust on the part of the donee to retain the property given to him’.

If the mistake was about the tax consequences of a transfer of property by trustees, this can be a relevant mistake for the purposes of seeking to set it aside, although each case will turn on its particular facts.

Although there’s no single solution, therefore, there are a range of options for dealing with a mistake and you should seek advice from a qualified professional to help you find the best course of action for your specific circumstances.

Mark Lindley TEP is a Partner in the private client team at Boodle Hatfield LLP, specialising in disputes relating to wills, trusts and mental capacity