Home >> Information Portal >> Life After Death >> Probate v confirmation: a comparison of the English and Scottish procedures for executors 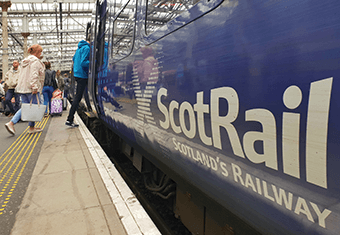 If you are the executor for a friend or relative’s estate, there are some substantial differences to consider, depending whether the estate is in England or Scotland.

The differences reflect the different legal traditions in the two jurisdictions – common law in England, which originated in the Ecclesiastical courts of the Middle Ages, and civil law in Scotland.

Different terms are also used. The document the court issues for the executors is called probate in England where there is a will; and confirmation in Scotland, whether or not there is a will.

In Scotland, the person who handles the estate is always called an executor. If they are appointed in a will, they are an executor nominate; where there is no will, an executor dative; but both kinds of executor need to seek a grant of confirmation.

What are the real differences?

In England, probate tells the world that the executors named in it are entitled to deal with the assets of the estate because they are named in the will.

In Scotland, confirmation effectively transfers the estate assets to the executors so they can administer them, subject to the terms of the will. Scottish executors step into the shoes of the deceased person (in a legal sense), and they (and only they) can deal with the person’s assets and enforce their rights, for example calling in any debts the estate is owed.

When executors in Scotland apply for confirmation, which uses a form called C1, they must include a complete list of the deceased’s assets in the UK, together with their values. Along with the will, this becomes a public document when lodged in court.

This is not required in England, where the only information that is public is the total value of the estate, both gross and net.

In Scotland, the Sheriff Court issues confirmation, which is a copy of Form C1 with the court order attached to it. The court issues certificates of confirmation so executors can send the confirmation to all asset holders simultaneously. Unlike the office copies of probate, issued in England, these are specific to each asset, and include a description and value as stated in Form C1.

Both probate and confirmation were well established long before estate duty (or inheritance tax) was introduced, and they double up as a tax return for the estate assets.

What happens if other assets are discovered later on?

In England, a person or organisation receiving an office copy of probate has no way of knowing how the gross value of the estate was made up, or what value was given for their asset. Because of this, English executors can deal relatively easily with additional assets that may come to light later, though of course they are required to report them to HMRC where inheritance tax  is payable.

In Scotland, however, executors will usually need to apply to the court for an eik (a Scots word for an addition) or supplementary confirmation, which details the additional assets. Executors need to report all applications for an eik to HMRC before the Sheriff Court will accept them, even if no tax is payable and the original Form C1 did not have to go to HMRC.

Occasionally executors can deal with additional assets of lower value without the need for an eik, but they generally have to inform HMRC, and may be required to produce written evidence that they have done so.

Will this hold things up?

If English executors omit or undervalue an asset in the probate application and the inheritance tax form, which is known as IHT400, they will still be able to deal with the assets by producing the original grant of probate or an office copy.

Scottish executors who omit details of an asset will not be able to deal with it until they have told HMRC and obtained an eik to confirmation.

The Scottish requirement to include a list of all the estate assets in Form C1 makes it simpler in cases where inheritance tax needs to be paid. In England, the IHT400 and supplementary forms request exact details of the estate assets, and English executors have to complete all the forms in full.

As Scottish executors have already set out all the assets and values in Form C1, HMRC accepts inheritance tax returns which simply show the total value for each category of asset, and can refer to Form C1 for the detail.

Your advisor will be able to help you through this process.