Home >> Information Portal >> Family Matters >> Where is my domicile? 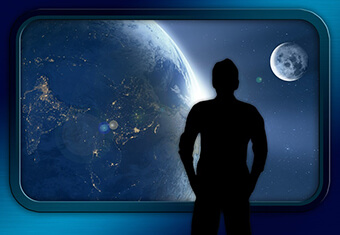 Domicile describes the country that you consider to be your home or where you have your permanent home. It is not the same as nationality, citizenship or residence.

You can only have one domicile at a time and the domicile that is allocated to you defines which system of law will be applicable to you in relation to things like marriage, divorce and succession.

The UK has three different types:

Can I change my domicile?

Everyone acquires a domicile at birth. If you wish to change your domicile of origin or dependency then you need take a number of steps:

It is very difficult to acquire a new domicile and the intention must be proven that not only do you intend to stay in the new domicile permanently, but to spend your final days there.

What does ‘deemed domiciled’ mean?

Once a person has been tax resident in the UK for at least 17 out of the preceding 20 tax years they will be ‘deemed domiciled’ in the UK. They will not have a choice about this and will not be able to change their domicile unless they can prove their physical presence and an intention to stay ‘indefinitely’ in another domicile outside of the UK.

If you are uncertain of your domicile it would be prudent to speak to an expert, since a UK-domiciled person will be subject to UK inheritance tax on their worldwide assets.

*Although it is common to refer to UK domicile, for tax purposes a person is actually domiciled in England & Wales, Scotland or Northern Ireland.

An article of this kind can never provide a complete guide to the law in these areas, which may be subject to change from time to time. The opinions and suggestions made within this article should not be interpreted as specific advice in relation to any particular individual or individuals. Neither STEP, the article author or their firm accept responsibility for any loss occasioned by someone acting or refraining to act on the basis of the opinions and suggestions contained in this article. More
...
-->