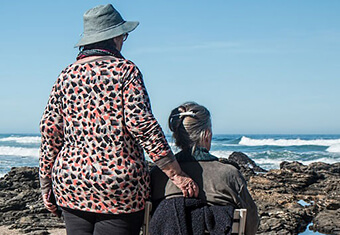 In Jersey, two laws brought into force in recent years have radically changed the approach to estate planning for vulnerable people. They are the Capacity and Self Determination (Jersey) Law 2016 (the Capacity Law), and the Signing of Instruments (Miscellaneous Provisions) (Jersey) Law (the Signing Law).

Highlights of the Capacity Law include lasting powers of attorney (LPAs) and statutory wills, which are for those who lack capacity to make a will themselves.

The new law empowers Jersey residents to plan ahead and set out how they would wish for their affairs to be organised, if they are unable to do so for themselves.

For the first time, a Jersey resident can grant an LPA, which, in addition to health and welfare issues, can be used to deal with their property and financial affairs if they lose mental capacity.

The Capacity Law expressly provides for the recognition and enforcement of LPAs that have been created and registered elsewhere in the ‘British Islands’.

Jersey’s States Assembly is anxious for all residents to create LPAs, and intends them to be much simpler than those in use in England and Wales, with an online system available for users. The States Assembly is aware that simplification and accessibility should not be at the cost of safeguards against abuses of LPAs, and recommends taking professional advice for anyone creating one.

Making a will on behalf of someone else (a statutory will)

For the first time, statutory wills are now available in Jersey. The island’s Royal Court now has the power to direct that a will may be executed on behalf of a person lacking testamentary capacity. However, any such applications to the Royal Court cannot include immovable property outside the island, such as a home in England.

In addition to the Capacity Law, the Signing Law has also come into effect.

The Signing Law is the result of uncertainty in Jersey law concerning the effectiveness of signatures put to documents on behalf of physically incapacitated persons.

The new law ensures that vulnerable islanders, by reason of physical incapacity, are not deprived of their rights and will ensure that they can execute wills, powers of attorney, LPAs and affidavits.

These developments will empower the vulnerable in the island’s population and those who support them.

Donna Withers TEP is Head of Probate and Wills at Bedell Cristin, Jersey