Home >> Information Portal >> Family Matters >> How do I make an Enduring Power of Attorney? 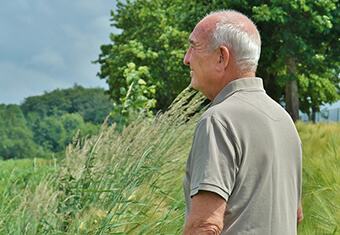 While the benefits of drawing up a will are widely known, making provision in advance for the possibility of you becoming incapable of managing your financial affairs is less so.

It is, however, very important to think about this, and becomes increasingly more so as the risk of mental incapacity grows through age, illness or accident.

Provisions for this vary within the various parts of the UK, either in the form of an ‘Enduring’ or ‘Lasting’ Powers of Attorney.

In Northern Ireland, by making an Enduring Power of Attorney (EPA), you can appoint one or more people to act on your behalf in relation to all of your financial affairs in the event that you are unable to do so yourself in the future.

The EPA can include restrictions if you wish, but generally it is advisable to ensure that the attorneys can deal with all of your assets if they need to, including giving them the power to sell your home. The attorneys would be able to manage your assets and income, and deal with any expenses that you have, such as nursing care fees.

An EPA should be viewed as being like an insurance policy, in that it is hoped that it will never be needed, but would nevertheless be available should the worst happen.

You should make an EPA when you are still healthy and capable, rather than waiting until capacity has become an issue.

How would an EPA work?

In the event of a loss of capacity, the EPA would need to be registered with the High Court. Registration is not required until your attorney believes that you are no longer capable of managing your own affairs. As a safeguard, notice must be served on you and your next of kin prior to your EPA being registered. Should you or your next of kin feel that you are still capable of managing your own affairs, you may object to registration at that time.

Creating an EPA is relatively inexpensive. And you should bear in mind that if you lose capacity without having made an EPA, your next of kin or carer may need to make an application to the High Court to be appointed as a ‘Controller’ instead. As with all court applications, this is a more expensive procedure that is best avoided. Controllers are subject to the continuing scrutiny of the court and must submit annual accounts for approval together with payment of an annual court fee. In practice, neither of these obligations apply to attorneys acting under an EPA.

What about Lasting Powers of Attorney?

In England & Wales, EPAs have been replaced with ‘Lasting Powers of Attorney’ (LPAs), which enable people to appoint attorneys both in relation to their financial affairs and ‘health and welfare’ issues such as those around medical treatment and long-term care.

Northern Ireland is due to follow suit as a new Mental Capacity Act was introduced in March 2016, but this has yet to be implemented. Any EPAs made now will still be valid even after the act comes into operation as, unlike in England & Wales, they are being retained alongside LPAs for the time being.