Home >> Information Portal >> Family Matters >> I’m getting divorced. Do I need to revise my Power of Attorney? 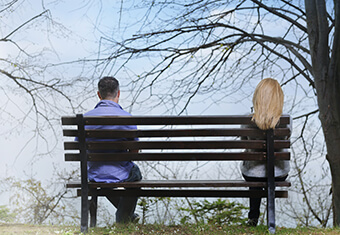 If you are one of the nearly 100,000 couples getting divorced every year, there will be a lot on your mind. There will be meetings with your solicitor, paperwork to prepare and sign, and you may have a property to dispose of. However, it is very important that you review both your will and your Power of Attorney. This applies equally if you are dissolving a civil partnership. Let’s look at Lasting Powers of Attorney (LPAs) and ask whether:

There are two types of LPA:

1.Will divorce end my spouse’s appointment as my attorney?

A divorce will usually end a spouse’s appointment as your attorney. In fact the only exception is if an LPA specifies otherwise. To consider this, let us take the example of Henry and Wilma who are married with two adult children. Henry has made an LPA appointing Wilma to be his attorney. If Henry and Wilma divorce, then the appointment of Wilma as Henry’s attorney will end on the dissolution of their marriage. The only exception is if Henry’s LPA specified that Wilma’s appointment was not to be revoked on divorce. For example, if it specifically included a clause stating ‘The dissolution of my marriage to Wilma shall not terminate her appointment as attorney of this Lasting Power of Attorney’.

2.Will divorce terminate the rest of my LPA?

The answer depends on how your attorneys were appointed.

So to use the example of Henry and Wilma, if Henry appointed Wilma as his only attorney, with no replacements, then if the attorney cannot act, the LPA will end as there is no one else appointed to step in.

If Henry appointed Wilma as his sole attorney and appointed the children as replacement attorneys, then the LPA would continue to be effective, but with Wilma’s appointment having terminated. Therefore, the children would be able to step in and make decisions for Henry if he became incapable.

More than one attorney appointed ‘jointly’

If Henry appointed Wilma and their children to act ‘jointly’ then because they must always act together, the LPA would be terminated on the couples’ divorce.

More than one attorney appointed ‘jointly and severally’

Had Henry appointed Wilma and his children to act ‘jointly and severally’, meaning that they could make decision on their own or together, then the LPA would not be terminated on divorce. Wilma’s appointment as an attorney would end, but the children would continue to be his attorneys. In summary, divorce will terminate your LPA, if your spouse was appointed to act alone or jointly, and there are no replacement attorneys appointed.

3.Can the attorney disclaim their appointment before the divorce?

Yes. Continuing the above example, Wilma could disclaim her appointment as an attorney under the LPA. She might want to do this if she wanted her appointment to end immediately rather than having to wait for the divorce to be finalised. She would need to complete and sign form LPA005 (Disclaimer by a proposed or acting attorney under a lasting power of attorney). The original signed form would need to be sent to Henry, and a copy to any other attorneys and replacement attorneys. If the LPA is registered with the Office of the Public Guardian (OPG) then she would also need to send it a copy of the form, together with any copies of the LPA that she has. Whether the disclaimer revokes the entire LPA or not will depend on whether Henry appointed Wilma ‘jointly’ or ‘jointly and severally’ and whether there are any replacement attorneys appointed.

4.Can I revoke my LPA or terminate my spouse’s appointment prior to divorce?

Yes. So again, using the example, Henry could decide to revoke his entire LPA and make a new one, or revoke Wilma’s appointment as attorney by signing a Deed of Revocation. He would need to give Notice of the Deed to the OPG, so it can either cancel the registered LPA, or amend its records to remove Wilma. Henry would also need to give notice to any other attorneys or replacement attorneys.

5.I have an Enduring Power of Attorney. Is the position the same?

Before 2007 you could put in a place an Enduring Power of Attorney (EPA) to appoint someone to manage your finances if you became incapable of managing them yourself. Although no new EPAs can be made, existing EPAs continue to be valid. The Enduring Powers of Attorney Act 1985 makes no provision for a situation where the donor and attorney were married when the EPA was made, but then divorce. If you have made an EPA and are now getting divorced, you may want to revoke the EPA, so the position is clear, and make a new LPA.

Alison Craggs TEP is a Senior Solicitor at The Burnside Partnership in Witney, Oxfordshire