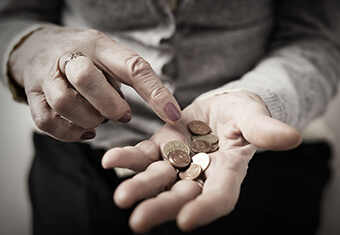 A Power of Attorney for property (POAP) is a legal document that allows an individual (called the “grantor”) to appoint someone (called the “attorney”) to act on their behalf to make decisions about legal and financial affairs.

This article provides an overview of the law in provinces and territories other than Quebec (for information regarding Québec, please see the article “Incapacity Planning in Québec”). Since each province and territory has separate legislation governing the creation of a POAP, appropriate legal advice should be sought in the relevant province.

Types of Powers of Attorney for Property

Normally, a POAP takes effect when it is signed.  A ‘springing’ POAP only takes effect after a certain event or trigger (such as if the donor becoming incapable of making decisions).

Who can I name as my attorney?

When choosing an attorney, consider whether the person named is someone who can be trusted with handling money. They should be able to understand the affairs of the grantor, and be able to pick up managing them at whatever stage. An attorney must be 18 years of age or older. Some provinces have additional requirements, such as conditions that the attorney cannot be mentally incompetent, or bankrupt.

While it is generally possible to appoint an attorney from another jurisdiction from a legal perspective, many practical and other issues may arise.  For example, residents of the USA may not be permitted to give trading instructions on the investment account of a Canadian resident in certain situations.  It is important to consult with a TEP prior to designating an attorney or attorney(s) to ensure that they are appropriate for this role.

Creating an Enduring or Continuing Power of Attorney for Property

Anyone who is 18 years of age or older and who has the necessary level of mental capacity can create an enduring or continuing POAP. Mental capacity, in this situation, requires that a grantor:

To create a valid enduring or continuing POAP, the document must:

In certain jurisdictions, additional witnessing requirements may be in effect.  For example, in British Columbia it is generally required that the attorneys execute certain documents acknowledging that they are aware of the POAP and consent to act.

Once the POAP is executed, it should be stored in a safe place where the attorney can access it quickly if needed. A POAP can also be stored with a trusted third party (such as the drafting lawyer), with specific instructions regarding when to release it.

When does a POAP take effect?

An enduring or continuing POAP takes effect immediately upon being signed and witnessed, unless the document states otherwise (i.e., unless it is a springing POAP). If the POAP is to take effect only after the grantor has become mentally incapable of managing their finances, the document must be clear about that limitation.

When does my Enduring or Continuing POAP end?

An enduring or continuing POAP ends when:

Will my POAP be recognized abroad?

A Canadian POAP may be valid in foreign jurisdictions, although third parties in other countries will likely require a court order to validate the POAP. To avoid any delay or minimize any concerns associated with the validity of a Canadian POAP while abroad, individuals are generally encouraged to execute Powers of Attorney in each foreign jurisdiction where property or money is situated.

In the event that arrangements have not been made to create a Power of Attorney in the foreign jurisdiction, a Canadian POAP may be acceptable. Some jurisdictions have specific wording and signing requirements for foreign POAPs to be valid. Anyone affected by this situation should seek advice from legal professionals in those jurisdictions. A TEP can direct inquiries to trusted advisors in their international TEP network.

What if I don’t have an Enduring or Continuing POAP?

A guardian (or trustee) may be appointed by the Court for individuals who become mentally incapable of managing property without a valid enduring or continuing POAP. A family member or friend may apply to a Court to be given permission to manage the individual’s assets. If family or friends do not want to be burdened with this role, they may ask a trust company to apply to the Court to be a statutory guardian. If no one else has been appointed, the Public Guardian and Trustee of the jurisdiction of residence may take on this role.

For further information or help preparing a POAP, please consult a TEP.