Home >> Information Portal >> Managing Money >> Can I exclude dependants from receiving assets from my estate? 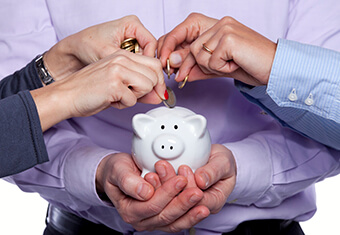 Some people may wish to leave money or other assets to individuals or organizations other than relatives in their Wills. These situations may arise when an individual feels a strong calling to leave most or all their assets to a charity, or in cases where family members are not perceived as those in the most need of subject assets.

In Canada, each province has its own law dealing with dependant relief. The relevant statutes include:

In British Columbia, the courts have wide latitude to vary a deceased’s Will if the court thinks the Will does not adequately provide for the spouse or children of the deceased. In that jurisdiction, is a moral obligation to provide for spouses and children in a Will, even if the children are self-supporting adults.

In most other Canadian jurisdictions, an adult other than the deceased’s surviving spouse must demonstrate that they were dependant on the deceased for support in order to bring an action to vary a deceased’s Will (for example, the adult child of a testator). For advice on how to navigate dependants’ relief legislation in your jurisdiction, contact a TEP.

Who are my dependants?

Dependants eligible to challenge a Will typically include spouses and children who depended on the testator for support immediately prior to their death. Depending on the testator’s province of residence, this may include common law partners and stepchildren. A Court can vary the Will if it decides that the dependants are put into financial difficulty by the terms of the Will.

Avoiding disputes with your family

If there is any possibility that a Will may be challenged (for example, a controversial position is taken in the Will), a TEP should be consulted for advice on how to avoid expensive and draining litigation.

If you are concerned that family members may challenge a Will, you may wish to consider the following steps:

For further information, or assistance with drafting a contentious Will, please consult a TEP.