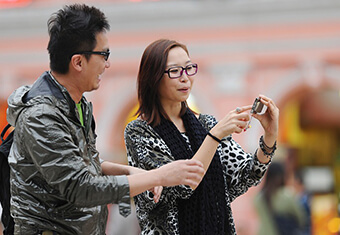 The term “common-law marriage” generally refers to couples who cohabitate or are in an exclusive relationship that mirrors a marriage (conjugal like relationship), but without a legally binding ceremony or marriage certificate.

Common-law marriage is a widely misunderstood concept, which is problematic because there are real legal consequences to being in a so-called common-law union.

This article identifies and clarifies some of the myths surrounding common-law marriage in Canada.

1. Common-law marriages are the same across the entire country

Each province and territory across Canada has the power to establish its own laws regarding property and civil rights, including common-law unions. A relationship that constitutes a common-law marriage in one province may not constitute common-law marriage in another province. Provinces diverge widely on key points, such as the required duration of cohabitation to be recognized under common law and the rights conferred to partners after such time.

The required duration of cohabitation is typically reduced if there are children born into the relationship.

2. Common-law partners have the same rights as married spouses

Provinces differ on the rights they confer to individuals after cohabitation for the required period of time. For example, while common-law couples in British Columbia may be considered full spouses and receive nearly identical benefits to those in a marriage, common-law couples in Ontario are entitled to spousal support but no property rights (unless there is a separate cohabitation agreement). In the province of Québec, there are very few rights for cohabitating couples.

3. Common-law couples have claims to assets and/or property

In most provinces, common-law partners have no claim to the assets or property of their partners. This means that once the relationship ends, each individual is only entitled to the items registered in their own names. Jointly owned items are divided evenly, subject to equalization of net family profit (if applicable).

Some exceptions may apply. For example, in the event that there is a cohabitation agreement, division of property and assets will likely proceed according to the terms of the contract. Furthermore, if one partner has contributed significantly to a piece of property but does not have legal title to it, they may make a claim for unjust enrichment. Such a claim is difficult to make and expensive to pursue.

4. There is an automatic right to inheritance

If a partner in a common-law marriage dies intestate, there is no automatic right of inheritance for the survivor. In other words, if you die without a Will and are in a common-law marriage, you may leave your partner with virtually nothing after your death. Your partner will be entitled to your joint home if it was held in a joint tenancy, but if the legal title was held as tenants-in-common, then your share of the home will pass on to your estate. This could also potentially force the sale of your home.

One option that protects common-law partners from the potential legal complications of common-law marriage is the creation of a cohabitation agreement, which sets out how the property and assets will be divided in the event of separation. Further, preparing a Will is key to protecting your partner and ensuring that they are the beneficiary of your estate.

For further information on the implications of common-law marriage and cohabitation agreements, please consult a TEP.